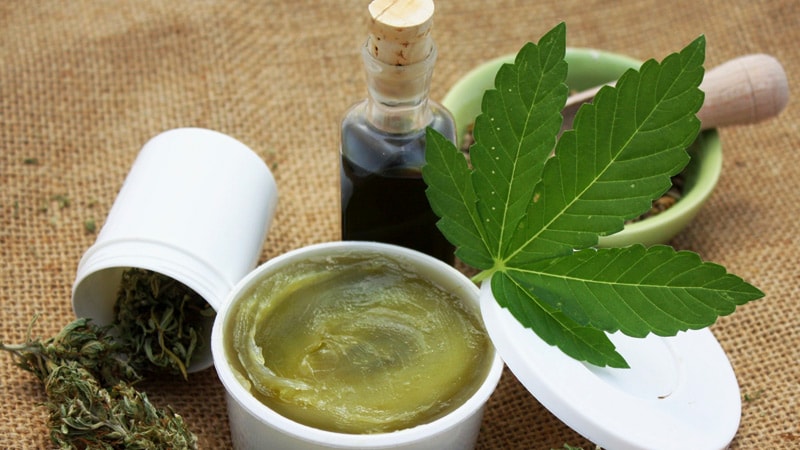 SAN FRANCISCO — An increasing number of cancer patients are either already using cannabis or cannabinoid products, or they are asking about using them and want information from their healthcare providers.

“These are important conversation for clinicians to be having,” said Kent Hutchison, PhD, a professor of psychology and neuroscience at the University of Colorado in Boulder.

The conversation about cannabis has changed markedly in the past few years, he emphasized. He illustrated the point with a personal story.

Hutchinson recalled the reaction in 2016 when his wife, who had been diagnosed with stage III breast cancer, told her surgeon that she was interested in using cannabis as an adjunct in her treatment.

She asked her surgeon about cannabis as a post-surgery pain option, but all she got was a “kind of a shrug of the shoulders.”

The surgeon was a little uncomfortable talking about it and basically told her, “If it works for you, go for it, but really I don't know what to tell you.”

Fast forward 3 years. During an appointment with her oncologist, his wife mentioned that she was having a little pain during her long runs. Her oncologist then asked whether she had tried a little cannabinoid to see what that would do for her the pain.

Hutchinson, who is also founder of the Center for Research and Education Addressing Cannabis and Health, spoke recently at the Gastrointestinal Cancers Symposium (GICS) 2020.

He teaches a course on cannabis and health at the University of Colorado. The course is available (for free) at Coursera, a massive online learning platform.

Cannabis is being used in the community for an ever-increasing array of health conditions, including chronic pain, chemotherapy-induced nausea, poor appetite, spasticity, sleep, and anxiety, he commented.

Older adults are using cannabis, and “it's entirely possible that it's for reasons like pain, nausea, and sleep, and also the idea that maybe they're reducing their reliance on other medications,” he said. There is great interest in the idea of using it to reduce opioid use, he said.

Cannabis in one form or another has been legalized in many states. Even in states where it hasn't been legalized, it is likely that people are using cannabis for one reason or another, said Hutchison.

“On a personal level, it's quite likely you know somebody who has tried cannabis for some reason or another,” he told the audience. “It may be someone with chronic pain or PTSD [posttraumatic stress disorder], or someone who's using opiates, or children with seizure disorders.”

Although many states have relaxed their laws on cannabis, at a federal level, it remains a Schedule I drug and is essentially illegal, despite state laws to the contrary.

In light of this, many clinicians feel uncomfortable about discussing cannabis use. In addition, many feel uninformed, and there is little published evidence of clinical efficacy.

Another speaker at the session summarized the meager data that are available.

Donald Abrams, MD, a professor of medicine at the University of California, San Francisco (UCSF), who also works at the UCSF Osher Center for Integrative Medicine, was a member of a committee that produced a lengthy 2017 report on the health effects of cannabis and cannabinoids for the National Academies of Sciences, Engineering, and Medicine.

“We concluded that in adults with chemotherapy-induced nausea and vomiting, oral cannabinoids are effective antiemetics,” he said.

In addition, the report found that “patients who are treated with cannabis or cannabinoids are also more likely to experience a clinically significant reduction in pain.”

Abrams pointed out that much of the research on chemotherapy-induced nausea and vomiting was conducted during the 1970s and 1980s, and much of it focused specifically on delta-9-tetrahydrocannabinol (THC), the main psychoactive ingredient in cannabis. Those 30 studies continue to be used in meta-analyses, he said. “So people are generating more papers, but they all document the same data ― that the cannabinoids are more effective than placebo and at that time were as effective as the available agents,” he said.

Some of the more recent studies have used the commercially available synthetic cannabinoids, dronabionol (Marinol) and nabilone (Cesamet). Both of these product have been approved in the United States for use in the treatment of nausea and vomiting associated with cancer chemotherapy for patients who have failed to respond adequately to conventional antiemetic treatments.

Another drug, nabiximols (Sativex, GW Pharmaceuticals), is a whole-plant extract that has been modified to contain THC and cannabidiol (CBD) in a one-to-one ratio. It has become very popular and does not cause the “high” of THC, Abrams explained. This drug is available in the United Kingdom, Europe, and Canada for treating spasticity associated with multiple sclerosis, but it is not available in the United States.

Research into the use of cannabis itself, as opposed to cannabinoids, is far more stymied. Indeed, it is rather a catch-22 situation, he commented.

The only legal source of cannabis for research in the United States is the National Institute on Drug Abuse (NIDA). “And NIDA has a congressional mandate that they can only study substances of abuse as substances of abuse,” Abrams explained. “So if you want to do a clinical trial looking at the potential benefit of cannabis, you must use NIDA cannabis, but they are unable to fund such a study.”

Abrams noted that in the report he helped prepare for the National Academy of Sciences, only one chapter is on therapeutics, and 14 chapters are on potential harms. This uneven approach prevails because NIDA spends $150 million a year studying the potential harmful effects of cannabis but is unable to fund research into its possible benefits, he noted.

What to Tell Patients?

Patients really want information about cannabis and cannabinoids to come from a healthcare provider, Hutchinson commented.

He noted that in a recent survey conducted among 2737 adult patients at a cancer center in the state of Washington, about 70% of patients stated that they wanted to get information from a doctor or nurse but that only 40% were receiving such information from a provider (Cancer. 2017;123:4488‐97).

“Basically, patients want to know the risks and benefits and if it's worth trying it,” Hutchinson commented. “After that, they also want to have some information about what to try, and they want to know something about how to try it.”

Turning to the audience, Hutchinson asked delegates at the meeting to weigh in with their own experience. Roughly half (47%) strongly agreed with the statement, “It is important to provide my patients with information about how to use cannabis to avoid risks and maximize any benefits.”

However, when it came to the statement, “I am comfortable talking with my patients about cannabis,” the largest proportion answered “neutral” (35%). The rest were more or less divided among those who agreed and those who disagreed to varying extent.

“I think these results correspond with what I see out there,” he said. “We all agree it's important to talk about it, but it's not a comfortable thing to talk about. And obviously, it has been a Schedule I substance and still is (at a federal level), so it makes sense why that's the case.”

First Do No Harm

Because cannabis has been related to substance abuse, one tactic Hutchinson recommends is to reframe the discussion. He suggested that because there are few data on clinical efficacy, “this may be more about taking a harm reduction perspective.

“As yet, we don't know exactly what the benefits are, so this seems to me to be a good way to think about these things,” he said. “What are the ways you can reduce the risks?”

In discussions with patients, it is therefore important to know what products they are taking, where they are taking them, and how those products were made, Hutchinson suggests. A key to avoiding the negative effects is to “begin low and go slow,” he said.

Of course, he continued, patients will ask, what is low, and what is slow?

He noted that a dispensary in Colorado is likely to hand over 10 mg of cannabis and say that it is the standard dose. “But that is not a good dose for your patient to start off with, and also there is the issue of combining CBD with THC,” Hutchinson emphasized.

For oral formulations, 2.5 mg of THC is a low dose. “And here the slow part is very important, because obviously if you take too much too fast, things can go awry pretty quickly,” he explained. “Going slow for oral formulations means waiting a couple of hours before you take more.”

If the cannabis is smoked, one should start low, taking a small puff; “slow” means waiting 15 minutes before taking another small puff, he added.

Oral formulations are produced by first extracting cannabinoids from flowers. Safety depends on the method of extraction and whether anything else was extracted along with the THC and CBD. “If you're pulling down metals or solvents that are still in there, that's obviously not a good thing,” Hutchinson pointed out. “Knowing which companies test for these contaminants and being able to see the results is very important from a patient perspective,” he said.

The dose should be consistent with what is listed on the label. Some reports suggest that there is a great deal of inaccuracy, and Hutchinson and his group conducted their own survey. With respect to blood levels of THC and the number of milligrams listed on the container's label, the correlation was about 0.78. “So at least in our data, we're seeing a fair correspondence between what's in the blood and what was labeled on the package,” he said.