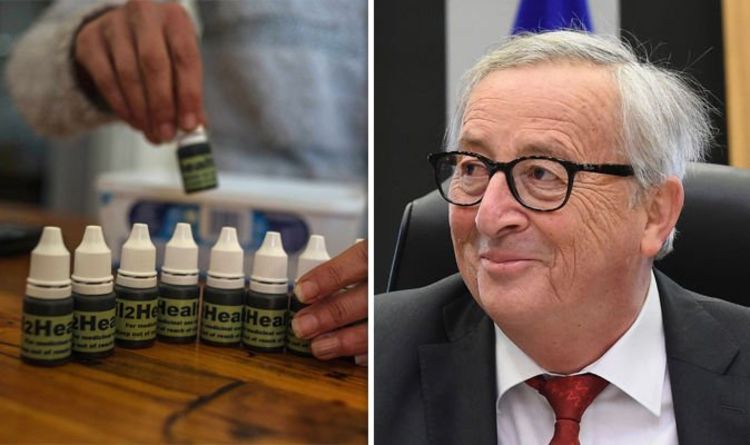 Cannabis derivative supplements sold legally in shops like Holland and Barrett have been labelled ‘novel’ because they were not consumed to a significant degree before May 1997. All novel foods must be authorised by the European Commission before they can be sold in the EU. The process will continue after Brexit as the UK intends to transfer the EU rules into UK law, according to the Daily Mail.

Many people use CBD oil as a health supplement, amid claims it helps with anxiety, insomnia, muscle pain and joint pain.

Whilst derived from the cannabis plant, the oil does not contain the psychoactive substance THC.

The British Food Standards Agency (FSA) has indicated it will ask local council trading standards officers to remove products from sale until it is approved.

An FSA spokesman said: “We are putting in transition measures to aid enforcement.”

READ MORE: CBD oil: What is cannabis oil's benefits and can it help with anxiety?

The application process could take up to 18 months.

The EU Novel Foods Catalogue was recently updated to say “extracts of Cannabis sativa L. and derived products containing cannabinoids are considered novel foods as a history of consumption has not been demonstrated.”

It adds: “This applies to both extracts themselves and any products to which they are added as an ingredient (such as hemp seed oil).”

Under the new system, sellers would have to show that the oil, which can be taken in capsule form or by pipette, is safe and has the effect claimed.

Reclassification is a disaster for producers and legal cannabis farms.

The Cannabis Trades Association spokesman said: “Trading Standards have the right to enter your premises and inspect stock to determine its novel status.

“This is your industry, you need to protect it.

“You have to help us keep this industry alive. It is going to die if you do nothing.”

It is also bad news for the many people who take CBD and believe it helps with aches and pains.

“It is also a powerful antioxidant which suppresses inflammation.”