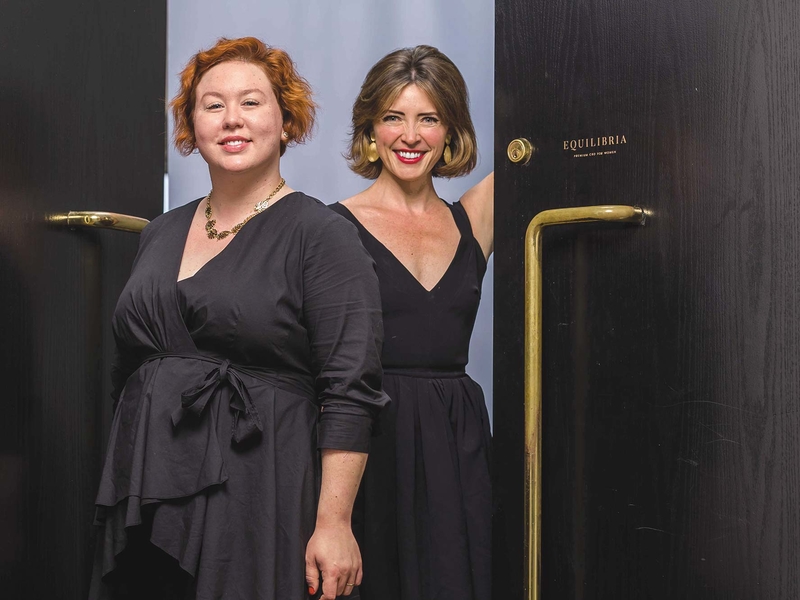 Coco Meers was looking for her next big startup idea when she chatted up a fellow tech entrepreneur. Software engineer Marcy Capron Vermillion offered one word of advice: CBD.

Capron had been using CBD products—oils and ointments containing elements from the cannabis plant that don't create the high associated with marijuana—for mental health, chronic pain and neurological issues that had required her to take prescription medications. In March, Meers and Capron Vermillion launched Equilibria, a sort of Birchbox subscription service for CBD products.

They're just two of the entrepreneurs banking on hemp, the other weed. Commercial attention has been focused on marijuana, as states such as Illinois and Michigan have legalized recreational use. But hemp is a bigger market with fewer barriers to entry, making it attractive to startups and established companies alike.

“In the past six months, we've seen a mass entrance into the CBD space,” says Bethany Gomez, managing director at Brightfield Group, a Chicago-based research firm, which predicts CBD sales in the U.S. will grow sevenfold this year to $5 billion, reaching $23.7 billion by 2023. That tops a cannabis market that's expected to hit $22.7 billion during the same period.

Hemp-based products, which don't have the same stigma as marijuana, became legal nationwide last year, while pot remains illegal under federal law. (It's legal for medical use in 33 states and for recreational use in 10 states, plus the District of Columbia.)

“It's like the Wild West,” says Meers, who started in the cosmetics business as a product manager at L'Oreal before going to business school at the University of Chicago, where she became an e-commerce entrepreneur. She came up with the idea for Pretty Quick, an on-demand scheduling app for salons and other businesses to provide last-minute customers for appointments that otherwise would go vacant. She sold it to Groupon in 2015 and ran the business for three years.

Equilibria sells CBD oils, creams, ointments and softgels through an e-commerce site to a target market of women. “Women's bodies are different,” says Meers, a 32-year-old mother of two who uses CBD products to help control her chronic arthritis, reducing the dosage of prescription medication by two-thirds. “CBD and women are a perfect match.”

Chicago-based Equilibria partnered with a farm and lab in Colorado to grow hemp and make its CBD products. The 15-employee company has raised $750,000 from backers including Genevieve Thiers, founder of Sittercity.

Subscriptions start at $49 a month. The most popular price point is $89. Meers says Equilibria has thousands of customers and expects to reach an annualized sales rate of $5 million by year-end.

FROM TECH TO HEALTH CARE

Badal Shah is another Chicago tech entrepreneur who moved into CBD. He sold an online property tax appeals business called Turbo Appeal in 2017 for an undisclosed price. A year later, he was in the health care business, working with doctors who soon began “asking about CBD because they were getting questions from patients.” Shah himself had begun taking CBD on a doctor's recommendation a couple of years before to manage anxiety and pain from inflammation. His company, Los Angeles-based Anthos Group, sells CBD products to doctors.

First-time entrepreneurs are getting into the game, too. Korina Sanchez, 29, left her job as a corporate lawyer in January to launch superHue, a CBD beverage company in Chicago, with Marie Goodman, her former college roommate who had begun using CBD while living in Aspen, Colo. “No one is a CBD expert at this point because it's still relatively new,” Sanchez says.

They're self-funding the company, which sells all-natural, sparkling-water beverages flavored with fruit and vegetable juices. It's selling through retailers, such as Foxtrot Delivery Market, and yoga and spinning studios, a case at a time. “We did 3,000 cans in March, just to test the market, and sold out in a month and a half,” she says. “Then we did an order with our contract manufacturer for 10,000 cans.”

The industry is growing up fast, with new purveyors rushing to market and big players in the beverage and consumer-products industries circling overhead. Major retailers such as Deerfield-based Walgreens and Bolingbrook's Ulta Beauty are getting into the game, which legitimizes the product but puts pressure on small players. Still others are waiting to make their moves.

“The fact that hemp has become legal made certain departments in (consumer packaged goods) take notice and come up with CBD strategies,” says Brian Seheng, a partner at cannabis investment fund Arcview.

Marijuana companies such as Chicago's Green Thumb Industries and Cresco Labs also are getting into the CBD space.

Equilibria is betting on a direct-to-consumer model with a high touch that stresses education. But its call centers staffed with people who can advise customers will add overhead, and subscription products have a mixed record.

Scrappy entrepreneurs will have to grow fast—either to avoid getting run over by the giants or to attract their attention. “If they move smart and fast . . . they have the ability to scale themselves into an acquisition target” for large consumer products companies that prefer to buy their way into new markets, says Brightfield's Gomez. “The ones who won't be attractive as acquisitions should try to make as much money as possible because it's not going to last forever. You have a limited window of time right now—the big boys are still on the sidelines.”