Washington Co., WI – In 2015, 30.3 million – 9.4% of the American population was diagnosed with diabetes. Approximately 1.25 million of those people are living with type 1 diabetes. Each year 1.5 million Americans are diagnosed. Being the seventh leading cause of death in the US in 2015 we begin to look into how CBD may be beneficial. 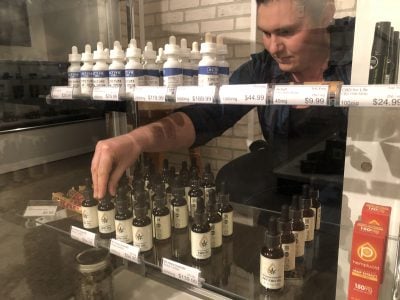 A five year study published in 2013 show a link between regular users of cannabis or hemp having 16% lower fasting insulin levels compared to those who have never used cannabis.

Those in the study who previously used cannabis or hemp, but weren’t current users, also showed better fasting insulin, cholesterol and insulin resistance levels when compared to those who have never. But the results were not as good as current users.

When you experience insulin resistance your body is rejecting insulin. Insulin is produced by your pancreas and helps in regulating blood sugar. When the insulin is rejected your cells are unable to absorb glucose (sugar), which is used for fast energy. When this happens glucose builds up in your bloodstream and leads to high blood sugar.

There are may studies that show a link between insulin resistance and chronic inflammation. Once inflammation is reduced both your immune and cardiovascular systems are able to function better. With the lack of inflammation sugar metabolism and cell growth improve.

Being obese or having a large waist are well known risk factors for type two diabetes.

The use of cannabis or hemp is showing in research to be linked with a lower BMI, decreased obesity levels and smaller waist circumference.

CBD affects different functions in your body that help with weight management. This helps CBD users lose extra weight in the form of inflammation, and for some it works as an appetite suppressant.

It is believed CBD is helping the body burn …. click HERE to read the rest of the article.