Girl, 13, with rare liver cancer undergoes court-mandated surgery to remove tumors after her mother took her on the run and refused treatment

By Marlene Lenthang For Dailymail.com

A 13-year-old Oregon girl battling a rare liver cancer whose mother refused to seek professional treatment has undergone a court-ordered surgery and is in recovery.

Kylee Dixon, of Wilsonville, underwent surgery on Tuesday at OHSU Doernbecher Children's Hospital in Portland and is recovering in the intensive care unit, following a long legal saga over her medical care.

Kylee was diagnosed with differentiated embryonal sarcoma in March 2018 and doctors recommended she be treated with chemotherapy and surgery.

But her mother Christine Dixon opposed the surgery, which removed about half her liver. She claimed that the traditional treatments weren't working and tried to heal her instead using a mix of herbs, vitamins and CBD oils.

She went on the run with her daughter for seven days in June. The duo were found in Nevada and the teen was turned over to the custody of the state. 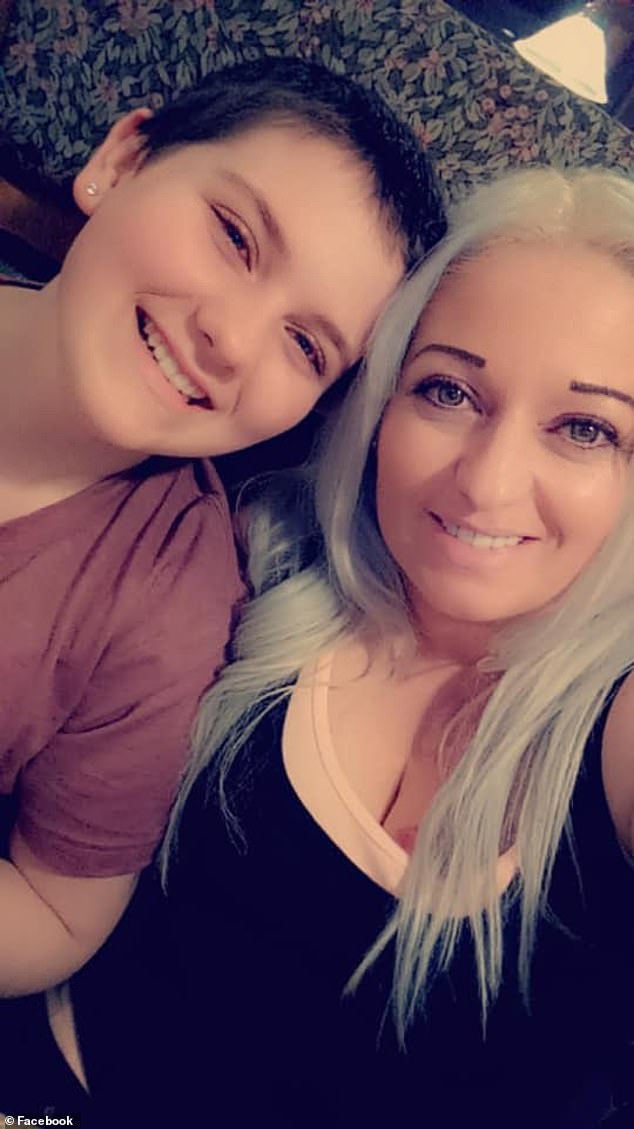 Kylee Dixon, 13, of Wilsonville, Oregon underwent a court-mandated surgery to battle her liver cancer on Tuesday, even though her mother opposed the surgery. Kylee pictured with mom Christine Dixon 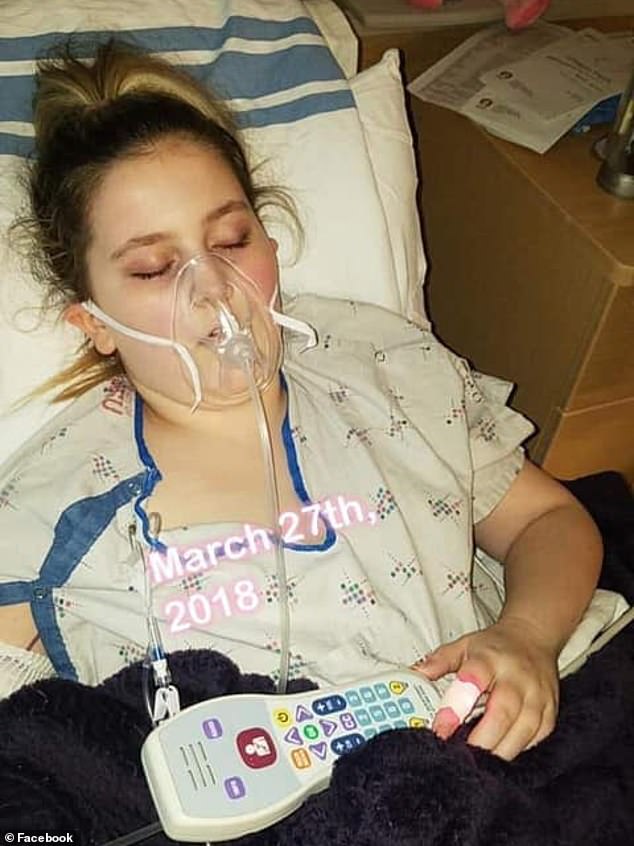 Kylee was diagnosed with differentiated embryonal sarcoma in March 2018 (above) and doctors recommended she be treated with chemotherapy and surgery. But her mom opposed the surgery and took her daughter on the run to a different state to seek natural remedies

Kylee has been in state foster care since June because her mother failed to follow a court order to bring her in for prescribed medical treatment and instead pursued her alternative natural treatments.

Last week a Clackamas County judge ruled that Kylee would undergo surgery, agreeing with statements made by medical experts that her health was in state of 'emergency'.

The operation finally took place on Tuesday and was a success.

Dixon was alerted by the Department of Human Services late Tuesday night with notice that her daughter's procedure was completed.

Dixon thought she would have been given a heads up prior to the operation.

‘My heart just hit the floor. And now she's here in the same ICU unit where Kylee flatlined and we've had serious issues before, it's scary,' Dixon said Wednesday to KPTV.

Dixon was escorted to her daughter's hospital room by police officers. She was barred from bringing her phone in to take pictures or record her daughter. 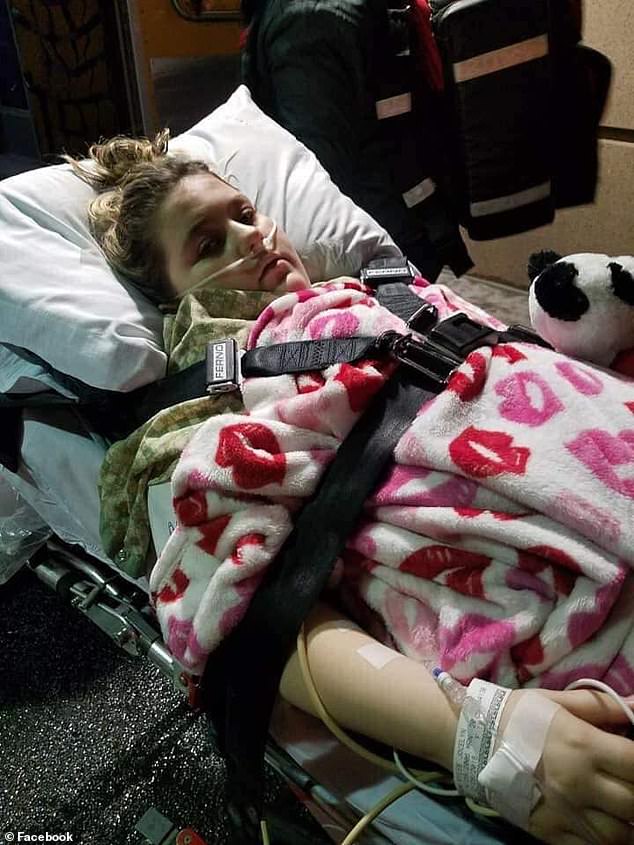 Christine Dixon treated her daughter's cancer with herbs, vitamins and CBD oil. After failing to bring Kylee in for a scheduled surgery in June, a court order was issued demanding Kylee be turned over to the state's custody. Kylee pictured in the hospital 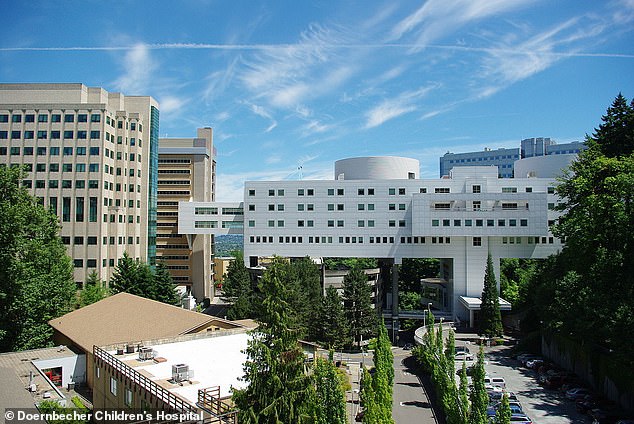 ‘She was alert and excited,' Christine Dixon said to KGW8. ‘We're just praying and hoping for the best'.

‘This part is the easiest part, the scariest part is the next six months,' Dixon said, fearing her daughter is at risk of liver failure.

Kylee was first rushed to Providence Portland Medical Center in February 2018 after she complained that she was in extreme pain, according to KGQ8.

Doctors discovered she had a mass on her liver that had ruptured, causing Kylee to bleed internally.

She was diagnosed in March 2018 with undifferentiated embryonal sarcoma, a rare liver cancer that mostly occurs in children. 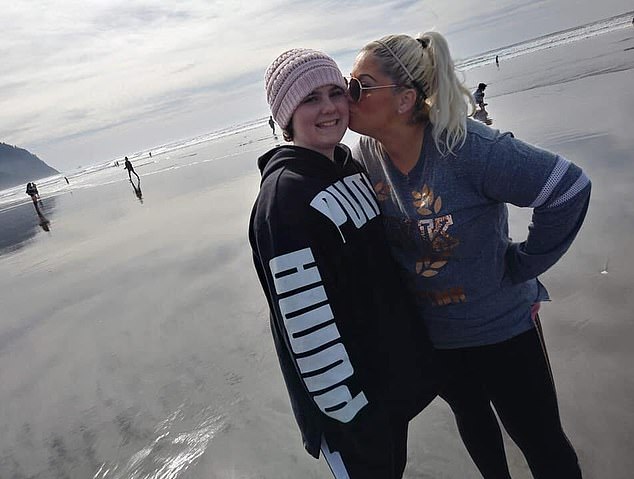 Dixon, who is facing criminal mistreatment charges, was escorted by police to visit her daughter in the hospital after the operation. ‘My heart just hit the floor. And now she's here in the same ICU unit where Kylee flatlined and we've had serious issues before, it's scary,' she said 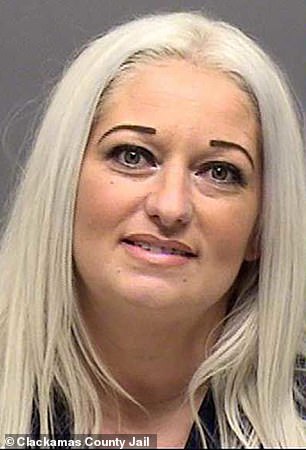 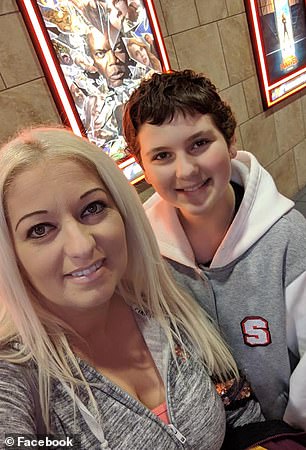 Last month Christine Dixon, 35, turned herself in to police after losing a bid to treat her daughter's cancer with alternative methods. She was charged with custodial interference and criminal mistreatment. Pictured in her booking photo left and right with Kylee

Scientists are unsure of what causes the cancer, but know that the cancerous cells grow early in a fetus's development.

Symptoms often include a swollen stomach, belly pain, nausea and vomiting, fever, diarrhea and a loss of appetite.

The cancer accounts for between two percent and 15 percent of all liver cancers, according to the National Cancer Institute.

The five-year-survival rate is 92 percent for those who are treated with a combination of surgery and chemotherapy.

Dixon is now facing criminal mistreatment charges after she took Kylee out of the state to pursue natural methods of cancer treatment last year. She'll be back in court for her criminal case in March.

However, it's not clear when Kylee will be able to return home. Christine is still hopeful she'll regain custody of her daughter.

‘If they stuck to what they should do and their word and what their own protocol is, my daughter should be back in my own care immediately, right now,' Dixon said.